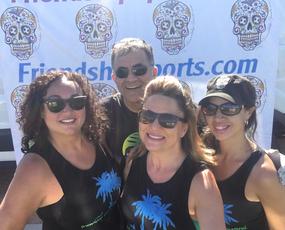 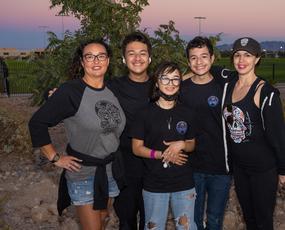 Friendship Sports - Friendship Soccer Tournaments is a not for profit company in Las Vegas, Nevada.

1986 - Founded by soccer player, coach, and enthusiast Jeffrey Pagan to bring the sport of soccer to the Las Vegas area.  Our first tournament (Over 30 Division) was held in January 1986 with only 6 men's teams.  The men's tournament quickly grew over the next few years to add 3 more divisions with competitive and recreational divisions. Today the Men's Friendship Tournament remains the oldest local Men's tournament in Nevada. In 2016 on our 30th anniversary we had over 70 teams in attendance with divisions ranging from Open (over 18) to Over 55.

1990 - After years of coaching several women's teams per season it was time to add another tournament.  This time the goal was to encourage women to bring their teams (locally and out of town) to play competitive/recreational soccer in Las Vegas.  Like the Men's tournament the Women's Friendship Tournament started small with only a few teams and 2 divisions, Open and Over 30. In under 10 years the tournament grew so large that it was divided into two different weekends over April to keep up with the demand.  Today we celebrate over 32 years of this tournament and have a combination of nearly 200 teams that attend the Women's Friendship I & Women's Friendship II Tournament each April.

For more on differences between the WFI & WFII Tournament Click Here...

2014 - Jeff officially retires due to health reasons and the tournament is carried on by his daughters Salina & Tiffany.  Having helped dad as kids at every tournament since we were old enough it was not only a family tradition but a part of our lives.  Many of the teams that come to our tournaments today have been coming since the first years of its inception.  We have teams that now have their kids bring a team alongside theirs.  And not to age anyone but I know of at least 10 players that bring their daughters and granddaughters all play in the same tournament.  Seeing three generations of ladies play in the same tournament is so touching and inspirational.  As long as we have the players demanding more age divisions we will continue to add them.  In 2017 we introduced an Over 70 division (Thank you Ms. Jacquelin Burt) in our Women's Friendship I Tournament.

2021 - We have officially announced our new "all in" Friendship Tournament.  For years we have seen a demand for the ever changing demands of teams.  We want to give every person an opportunity to play the game they love as they choose to play it. We welcome all of our LGBTQ+ friends and family to bring their teams and play in a supportive loving environment alongside like minded teams whom are allies and just want to have a team of any number gender identifying players they choose.   Make your team up of any configuration you want, just leave the disaproving haters at home as they are not welcome to this (any) event. 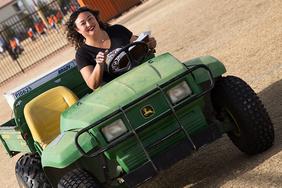 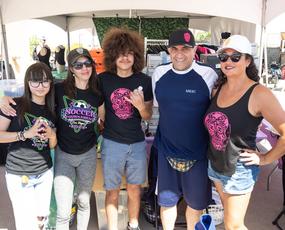 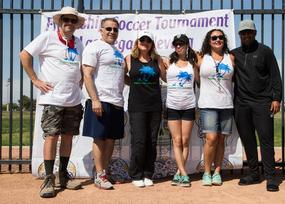